The Hannover Messe, known as the “barometer of the world’s industrial development”, debuted on April 1 and has been on display for five days. This year, it will focus on the application of artificial intelligence and 5G mobile networks in industry. 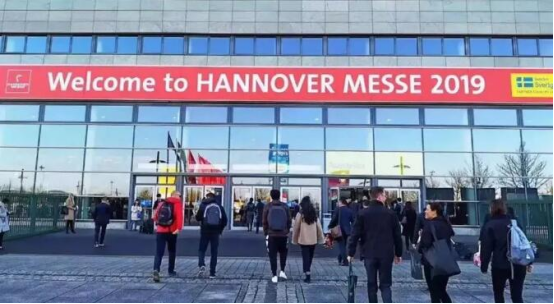 The theme of this year’s Hannover Fair is “Integrated Industry – Industrial Intelligence”. As a result, this year’s show featured a lot of artificial intelligence and complex equipment that automatically identifies anomalies or at least displays errors.

On April 1st, the media used the “robots to do everything” to describe the grand occasion of this year’s Hannover Fair. According to the report, robot operators wearing virtual reality glasses use “data gloves” to ensure that the 3D printer prints out the desired parts. In this regard, visitors to the Hannover Fair have not been surprised.

According to a report released by the association on the 1st, half of industrial companies believe that machine learning will bring about widespread changes in current business practices. Among them, 47% predicted that productivity would increase, and 39% thought it would be used for so-called “preventive maintenance” to predict failure before failure.

According to reports, in the German manufacturing sector, about 25% of the machines are now connected to the Internet, and half of the machines that have been networked have reached 10%. This year, some companies will invest about 5% of their total turnover in information technology and related fields.

Therefore, it is not surprising that industrial intelligence has become the theme of this year’s Hannover Fair. Cochler said: “In the past five or six years, we have been committed to building ‘Industry 4.0′, which is the leading trade fair with the digital networking of the factory as the core.”

This year, the Hannover Fair will also host several conferences, such as “The Future of Manufacturing Work”, to explore the impact of digitalization and automation on work. The “Lightweight Manufacturing Summit” hosted by the German Ministry of Economics is to discuss how to make Germany a leader in lightweight manufacturing.

5G will be the nervous system of industrial intelligence

In addition, this year’s exhibition site also set up a 5G test area for the first time. It was set up by Nokia and Qualcomm. The test area will showcase related technologies such as industrial robots and automobile production equipment controlled by several manufacturers in the 5G field through 5G networks. .

Cochler emphasizes that ultra-high-speed 5G networks can transmit large amounts of data in real time and safely. This is the premise of artificial intelligence in industrial applications. Many manufacturers plan to set up their own 5G networks in the factory.

At the show, Swedish telecom company Ericsson showed a six-legged mechanical spider. As the music played, the mechanical spider sways and dances on the stage. According to researcher Hubertus Montz, each foot of the spider can be seen as a robotic arm. Each arm has three joints that are wirelessly interconnected with the master controller via 5G communication technology. Commands from the controller to 18 joints of 6 robot arms and then to these joints give feedback signals to the controller. The whole process is about 20 milliseconds and the delay is less than 5 milliseconds. This is a high precision for the “six legs” of the mechanical spider. The action provides the basis.

The exhibitors said that in the future, 5G communication in the industrial Internet of Things, like a nervous system, can transmit information in real time between devices, and cooperate with multiple devices to complete the action. What is reflected here is the spider dance, which may be a complicated assembly action in the production process.